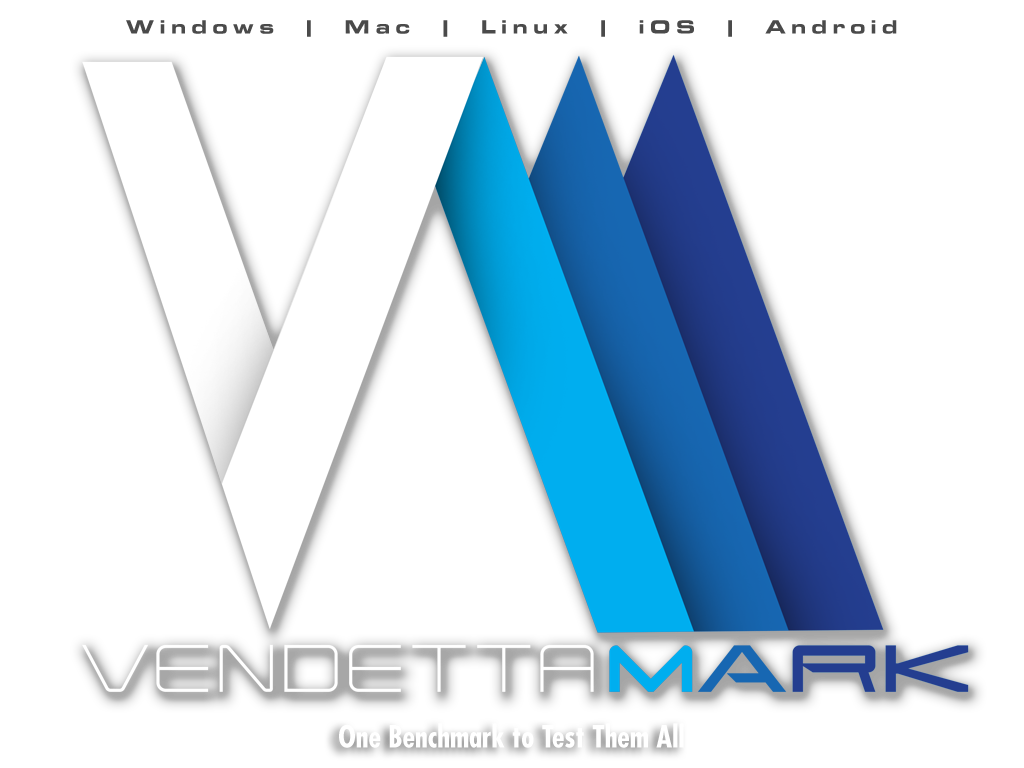 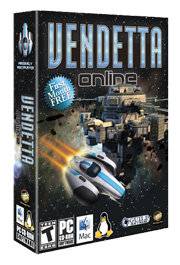 VendettaMark™ 2018 is a cross-platform benchmark, based around the game assets and custom engine of the long-running space MMORPG Vendetta Online.

With VendettaMark, you can now compare the speed of your Android phone to your Windows laptop, or between any other set of hardware that is compatible with the benchmark.

The threaded renderer and rigorous benchmark makes every effort to replicate the actual types of gameplay loads incurred from running a heavy session of Vendetta Online, including intensive threaded physics simulations, sound, even I/O testing (an important component of texture and asset streaming).

VendettaMark™ then delivers the same unified suite of comparable benchmark tests across the following platforms and graphics APIs:

All versions utilize the same basic rendering architecture and identical shaders, implemented as closely as possible within the respective graphics APIs. All versions output graphically to an off-screen buffer that is re-scaled and flipped back to the main display for visual verification.

This also means the benchmark only runs at fixed, pre-determined resolutions, of 1080p and 4K UHD (2160p), both of which are tested during the benchmark process (output is rendered to full 1080p and 4K, but will be re-scaled to the display resolution when shown on-screen). Testing at fixed resolutions is intended to improve the comparability of different devices and systems across multiple architectures. Similarly, it removes the "screen resolution" from impacting mobile results, and we consider it the most relevant cross-platform testing choice.

VendettaMark 2018 is a fixed-timestep benchmark, meaning that all hardware will render the same number of frames, but the length of time to render each frame is measured and accumulated to determine the "score".

The website offers zoomable graphs of your benchmark run, if you choose to submit your data. From this, you can then see the individual frame-times graphed in milliseconds per frame, along with other information. This is intended to enable many interesting performance tuning and debugging possibilites, like correlating a sudden drop in performance with an increase in CPU or GPU temperature. We intend to expand on the available feature-set as time goes on.

There are a few notable differences between VendettaMark and most other extant benchmarks, including:

Why DirectX 11, OpenGL and GLES?

While we would vastly prefer to be using a single, modern graphics API, such as Vulkan, the reality of shipping cross-platform software is that stable APIs are far more important than "new" APIs. This is particularly prevalent in mobile, where for years the ES3 and ES3.1 drivers shipped by some companies were incredibly fragile, and made shipping a product using those standards to be quite difficult. This is compounded by the fact that mobile devices are usually not updated very often (and only at the behest of carriers and OEMs), meaning that broken drivers are rarely fixed "in the wild", and one practically has to wait two years for an entire generation of phone to be "phased out" before newer and more stable software becomes prevalent.

For the sake of a currently-usable, cross-platform benchmark, we found it most effective to use GLES 3.0, and stick with DirectX 11 and GL4 on the Desktop (using gl_arb_es2_compatibility on Linux and Mac allows us to share mobile shaders on those platforms for more rigorous comparative certainty). We would like to make a future benchmark based purely around Vulkan at some point down the road, when we believe we can push it to the degree that we would like, across all included platforms.

VendettaMark 2018 is available for the following platforms and device hardware. The Benchmark is about a 500MB install on all platforms. 2GB of RAM, or more, is recommended.

The following are a baseline of data gathered from internal devices, to give some idea of relative performance, until we have more submissions from the public.

Notably, you must choose to submit for Top Score usage from the benchmark, via a specific check-box on the application menu. We do not "automatically gather" and make-public information from simply running the benchmark.

PR or Press inquiries should be directed to press@vendettamark.com.

For any technical or development issues please contact us via developers@vendettamark.com.